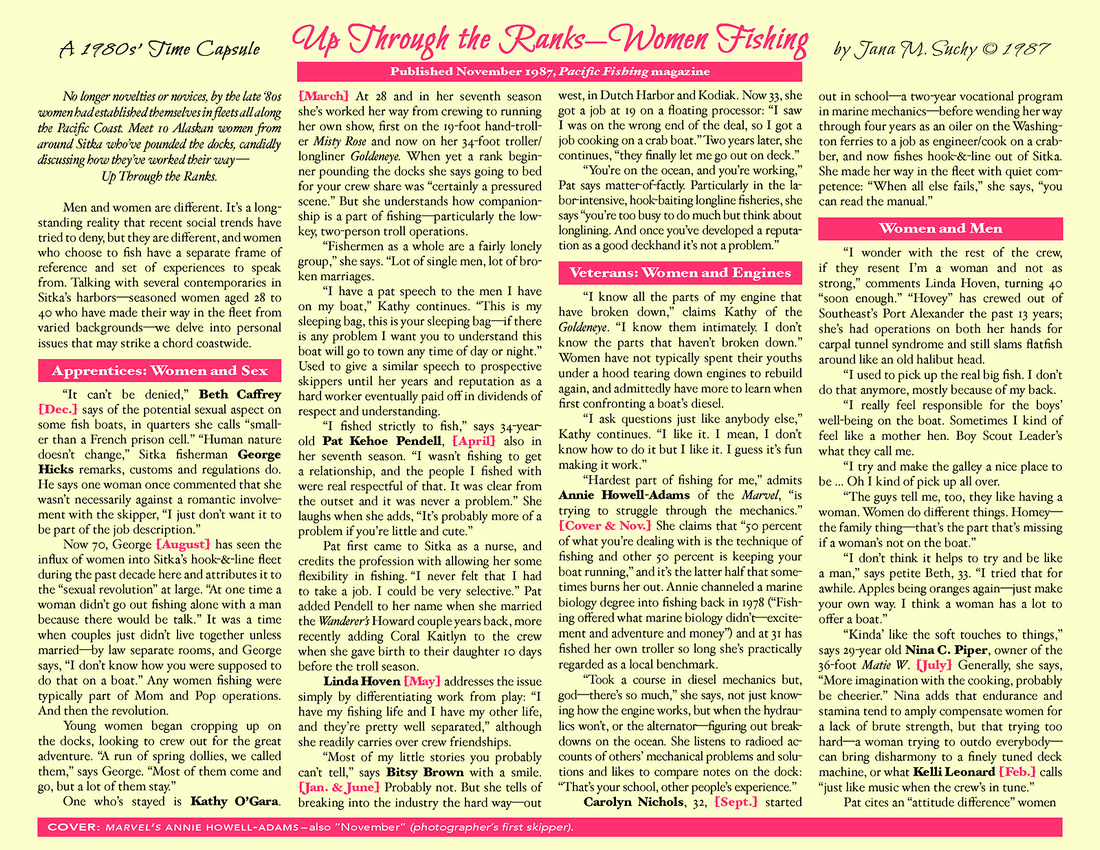 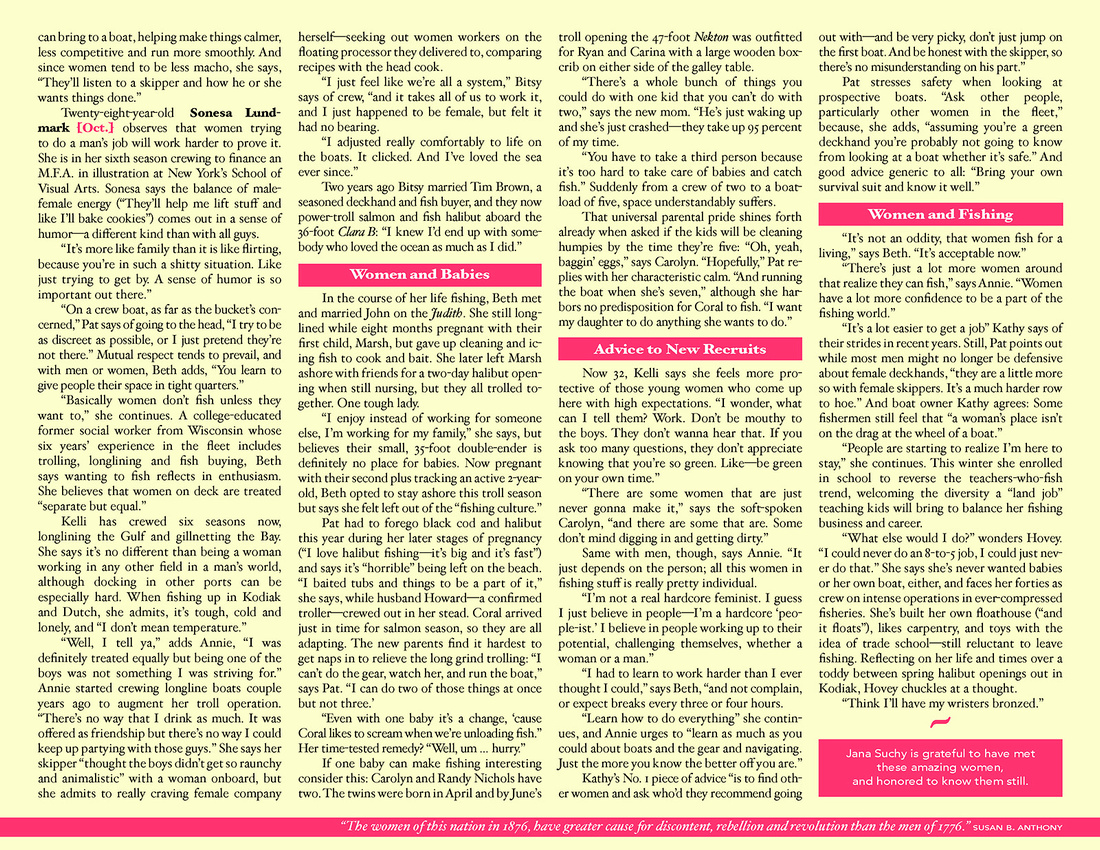 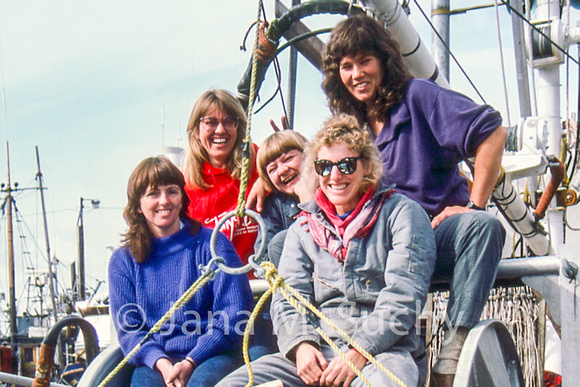 In the '80s women in the fleet were rare and usually singular—one at a time on some boat. This Kodiak crew on the seiner Renaissance was the rarest of exceptions: an all-woman skipper-and-crew. In 1987.


“Admit it girls. You need us,” reads the Sylvia card above the galley table. “I mean, can you imagine a world without men? No crime and lots of happy, fat women.”

The five female seiners on the Renaissance erupt in raucous laughter—often. They’ve fished well this year, they’ve highlined, and they’ve made money.

This all-woman show was borne of Skipper Mary Jacob’s divorce awhile back—he didn’t want to keep fishing, she did.

“It’s women’s work,” he said. She got the boat, then upgraded.

Chief Engineer Karen Lee first diversified from carpentry to fishing back in 1971: “Mary and I were like pioneers.” The Kodiak fleet’s reception?

“How can I put this so you can print it?” Karen ventures. “The reaction in ’71 is if a woman hired-on she put out.” Doesn’t take much, though, she adds, to get past that: Only need one job to establish yourself as a worker, or a non-worker.

Nowadays, Mary sometimes hires a man, but the crew says he’s got to have a strong sense of self-esteem and a good sense of humor to take what Karen calls “a lot of strong social verbal abuse.” The veterans of the Renaissance take a fair bit of good-natured ribbing too. Often approached by guys asking to hire on as cook, one applicant teased, “O.K., I’ll cook. But I’m not gonna sleep with any of ya.”

The ladies of the Renaissance just as readily laugh at themselves. Mary says it took so long to make a set when still new at it that when she asked her experienced man in the skiff, “Fred, did we do any better that time?” he answered, “I don’t know, I forgot my calendar.” And asked about their ages, if any young bucks on the crew, the skipper quips, “Buck-ettes. Not to be confused with deck buckets.”

Peg Smith worked on draggers and tells of her first trip aboard this 39-foot Hansen seiner during the high-stress Togiak herring fishery when Mary wildly asked, “Where’s the beer?” Oh, great, Peg thought, skipper’s going to drink her way through the opening, but turns out the full cans were for throwing at fish escaping the net.

“Isn’t that why tenders give beer?” Mary asks, and Skiffman Jane Maria Eisemann agrees. “Be pretty hard to throw ice cream at them.”

All kidding aside, Karen recalls how a skipper once gave her an impossible task, snickered about it, went away and came back to find it done.

“The smart way.” Lacking sheer strength, she says, women “find better ways to do things,” adding that, “Mary’s into high-tech electronics and letting the engine do a lot of the work.” Karen believes the percentage of female culls in fishing is a lot smaller than males, yet it still works to disadvantage: If a man on deck doesn’t work out, he’s fired and replaced, but if female crew falls short, she’s fired and the skipper swears never to hire a woman again.

Admit it, girls. You’re happy and your wallets are fat. The capable crew of the Renaissance may just have the last laugh yet.